Dr.J.Ramachandran is the Chairman of a social welfare organisation called New Era Association of Educated Self-Employed Youth (NAESEY) which generates self employment opportunities for the educated unemployed.

He was the only Indian sponsored in the year 1994 by the government of USA to participate in a community development symposium along with leading social activists from 18 other countries.Dr. J. Ramachandran Received Times of India Edupreneur 2012 Award from The Governor of Tamilnadu Shri Rosiah.

Popular and Innovative Two Wheeler Kinetic Honda Dealership in a posh locality in Chennai. The Company was ranked number one in the entire south and ninth in the Country. Received various awards for the highest sales turnover and Acclaimed as one of the Best Dealers in the country. The company was doing extremely well for more than a decade.

Established in 1994, an 80 Million Prawn Hatchery located in Tamil Nadu. The Hatchery has the Technology of C. P. Aquaculture limited, Thailand, one of the Global leaders in this field.

Academy of Maritime Education and Training (AMET) was established in 1992, as an institution imparting Maritime Education with the approval of the Director General of Shipping, and Ministry of Shipping, of Govt. of India. in collaboration with the reputed Glasgow College of Nautical Studies, (G.C.N.S) Glasgow, Scotland and also with South Tyneside College, New castle.

The Academy was the first educational institution in India to introduce the concept of International Collaborative programmes. AMET conducts various Marine courses at diploma, graduate and postgraduate levels in providing quality education.

AMET enjoys a training collaboration with A.P Moller (MAERSK) based in Copenhagen, Denmark, a leading Cargo Shipping Company in the world.

AMET University won the prestigious “Best Training Award” of the Lloyd’s list within Middle East and Indian Sub-continent for the year 2007 & It has also been Crowned as “THE BEST IN MARITIME EDUCATION” –Lloyd’s LIST Award, London @Dubai for the year 2013. This award is the bench mark for excellence within the Shipping Industry and internationally regarded as most prestigious.

Established in 1998, it caters to the advancement in the field of Information Technology. Also has a business tie up with three Software Companies in United States.

A Social Welfare Organisation of more than two decades, caters to the welfare needs of the Educated Youth in search of employment. Hundreds of educated youth all over Tamil Nadu have been benefited getting gainful employment with the help of the Organisation. 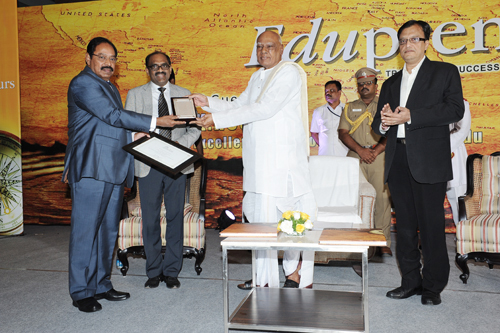